In the new catalogue I’ve added a binding about Lut’s art.

Works can be seen and purchased  on the site luttylux.blogspot.fr

Here a selection of works to be shown 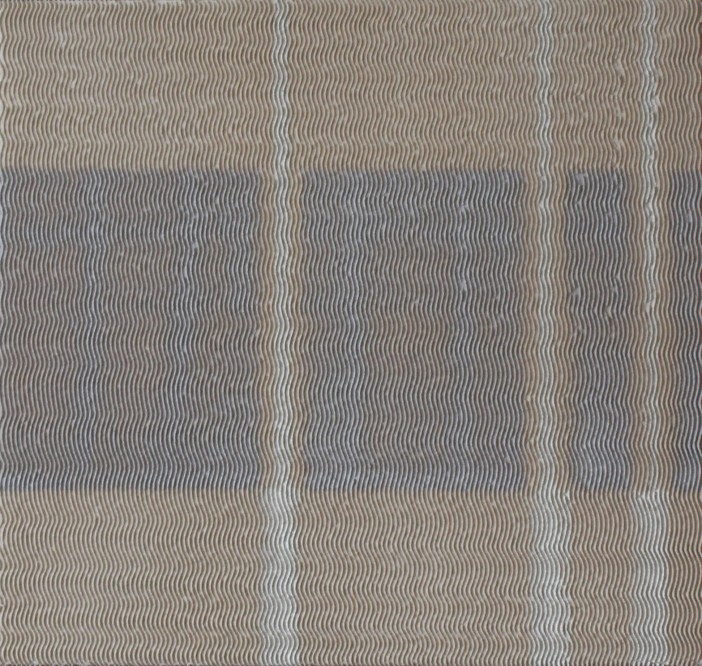 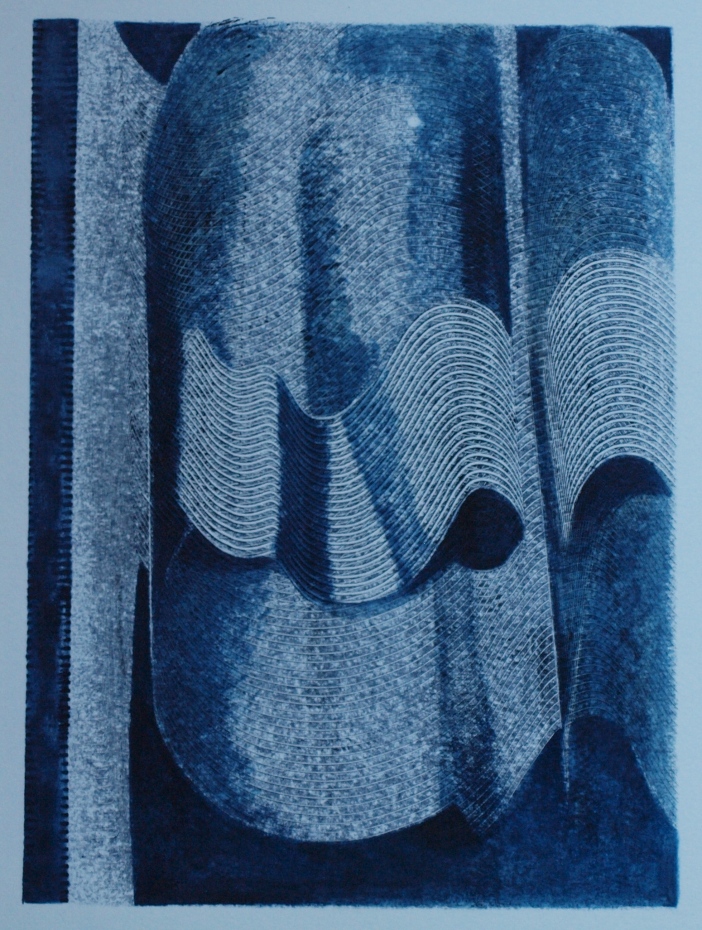 An extract from Lut’s biography

Despite her classic education her art is resolutely contemporary.

Drawing and painting is a passion that never left Lut and its with constant renewed energy and vision that she explores unbeaten paths. In her work she mixes techniques and mediums.

She makes bas-reliefs, paints or draws with ample, strong and harmonious movements.

She uses charcoal and includes in her works techniques that escapes the control of her leading hand, thus reflecting the incertitude of our daily life.

Her architectural mind setting reflects in the way she builds her works, often with underlying geometrical patterns and by the use of construction materials. She pays great attention to perspectives and optical effects.

She claims her work is a reflection and expression of her inner self, showing ordered anarchy in a confined environment.

A remarkable painter of Dutch interior scenes of the 17th century.

He is often compared to Vermeer or at least mentioned in the same phrase, De Hooch being 3 years older than Vermeer.

However Vermeer’s paintings are more emotional. Vermeer is a master in  creating an atmosphere, the interior being an accessory to help express the feelings he brushes down so delicately.

De Hooch is more precise, making the interior communicate with the exterior by opening doors and windows, using tiled floors to accentuate the perspective. The interior scene an elegant way to allow painting elaborated surroundings.

Before 1660 De Hooch lived in Delft there he painted middle class interior scenes.
When he moved to Amsterdam his clientele being wealthier the interiors reflect this. High ceilings, rich furniture, paintings on the walls, elaborated tapestries and indeed gilt leather

Theses paintings were painted around 1664

The Famous Herter Brothers Side Chair 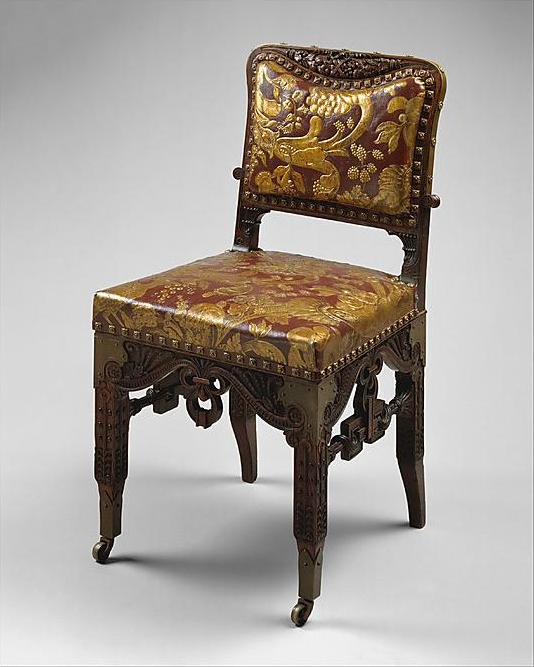 “In May 1880 when Herter Brothers received the profitable contract for designing, decorating and outfitting Vanderbilt’s large New York mansion, it was a crowning achievement for the firm, providing the brothers with the opportunity to create the epitome of the cosmopolitan environment with few financial constraints. They were superbly matched with their client, who wanted a grand interior to equal his elevated social and economic status, who embraced the firm’s predilection for mixing eclectic styles as an indicator of culture, who relished and could afford the Herter’s lavish use of luxurious materials, and whose public stature would ensure lasting fame for Herter Brothers’ designs. “
Quote: “Wendell Garrett”

This Famous side chair was going to be part of a traveling exhibition entitled
“Herter Brothers: Furniture for the gilded age”
Organized by the Metropolitan Museum of Art and  The Museum of Fine Arts Houston and held in 1995

As often the case, when the spotlight shines  upon a forgotten name or an exceptional talent that went out of the picture, not only does it create stupefaction, it also reveals hidden treasures.
Indeed, little later four more chairs appeared in the Mid-West and sold for a considerable price at Sotheby’s
Also a single side chair turned up and we were to supply the same leather as for the Metropolitan chair. Eventually in 2008 this same chair came on auction at Sotheby’s.  Setting a new record for a Herter Brothers chair.
http://www.artvalue.com/auctionresult–herter-brothers-usa-chair-from-the-dining-room-of-2054423.htm

Here you will find a link to the article written by Wendell Garrett on the Herter Brothers and more specifically on the side chair. Published by Artnet.com
http://www.artnet.com/magazine_pre2000/features/garrett/garrett7-13-99.asp
for those of you who don’t want to click the link please find here a copy of the text.
By Wendell Garett